Don’t Miss These 6 Events in April 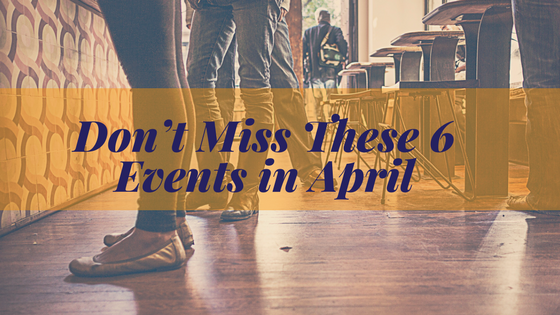 Mark your calendar now for these must-attend events in April. There’s always something for everyone to do in New York City, and April is no exception.

This year is the 16th anniversary of The Tribeca Film Festival. The festival will run from April 19 through April 30. There will be dozens of film screenings at various theaters in the neighborhood. The events are separately ticketed and include special events, Tribeca Talks panels, interactive installations and live music. This year’s new category for film submissions is Snapchat Shorts, which appeal to social media fans.

Admission for the screenings:

More information can be found at the event website.

The Bacon and Beer Classic

New York City is one of only eight cities to host this festival that combines bacon, beer and sports. The other lucky locations are Dallas, Minneapolis, Seattle, Denver, Indianapolis, Philadelphia and London.

Citi Field is the place to be April 29-30. You can sample more than 100 craft ciders and beers from local breweries. Chefs from across the city will tempt you with samples of 50 original bacon-inspired or infused dishes.

As you stroll the field in search of the next best bacon bite or refreshing brew, you can join other discerning drinkers and diners in a game of giant Jenga, a bungee run and other interactive competitions. Don’t forget to get your funny photo booth picture before you enjoy the DJ, live music and dancing.

The tickets range from $69 to $135 and are all-inclusive. Visit the event website for more information and ticket purchase.

The Daffodil Celebration and Wine Weekend

If you’re looking for something a little more relaxing, see more than 300,000 daffodils at the New York Botanical Garden April 29 and 30. You will be served New York and out-of-state wines in a souvenir chalice while you enjoy the music of the folk-rock band Milton’s Tunes.

The event starts at noon both days and the price of admission is $28 or $38. More information can be found at the event website.

In 1900, the New York International Auto Show became North America’s first automotive exhibition. Today it is still the largest-attended auto exhibition in the country. The NY International Auto show has brought new and innovative ideas to the national and world stage for more than 100 years.

The NYIAS brings the largest and most diverse group of people together. From the financial community of Wall Street to the marketing and advertisers of Madison Avenue, this event has become a world-class trade and industry event.

The 2017 NYIAS will display four floors of the newest vehicles and concept cars. The show will include an incredible collection of more than 1,000 cars and trucks of cutting-edge design and innovation at the Jacob Javits Center.

Every Easter, a New York tradition dating back to the 1870s occurs as celebrants show off their best bonnets. This event is known as the Easter Parade and Bonnet Festival. It heads north on Fifth Avenue from 49th Street to 57th Street.

If you want to participate, the festivities start at 10 a.m. and continues until 4 p.m. Just put your bonnet on and join in. The best place for spectators to watch is from near St. Patrick’s Cathedral.

From films to flowers, from bacon and beer to cars and a parade, April in the Big Apple is going to be awesome.

Enjoy Passover at these 5 Restaurants in NYC

Restaurants in the city will be preparing to celebrate the Jewish holiday!   There are plenty of options for dining in and taking out! Our favorites include:

Mile End Deli – with two locations one in Manhattan and one in Brooklyn, this deli is sure to be popular. Just reading their description has our mouth watering Prepare for a [This] Montreal-style Jewish deli menu is highlighted by “killer” house-smoked meats.

Fung Tu – While the menu is American Chinese food, the restaurant is known to serve special Passover meals in celebration of the Jewish holiday. 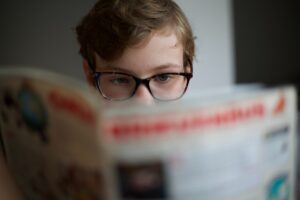