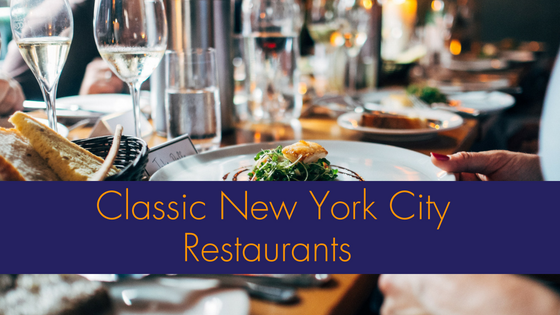 When you live in a metropolis like New York City, one thing you probably never complain about is the food. No matter what you’re in the mood for, you can find it close by. Whether you’re craving a Cubano or a great steak, a homey diner or a swanky place that only follows the latest culinary trends, you can find it all in the Big Apple.

Many of these restaurants have been open for more than 100 years. Here are a few classic spots we believe are some of the best places to eat in New York City:

These established restaurants offer a variety of options, from higher-end dining to more casual, inexpensive choices. Let us know if you’ve visited these eateries — or if you have any additional suggestions — in the comments below!